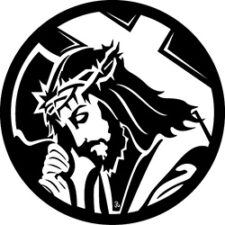 On the First Commandment

Of all the Ten Commandments, the one we’re most likely to break is the first.  This is the one that says, ‘You shall not have any false gods before me’.

In ancient times, people made idols of imaginary gods, such as the Aztec Tlaloc and the Egyptian Ra, and worshipped them.  But today, false gods tend to be different. Money, power, pleasure and possessions are far more likely to steal our hearts and hopes these days.

Some of us also tend to make false gods of ourselves, by becoming obsessed with our own thoughts, desires, feelings and appearance.

And sometimes we substitute false images for the real God, Yahweh, the Father of Jesus Christ.  This is a more subtle form of idolatry, and Ron Rolheiser names ten of these false gods.  Here are four of them:

• The arbitrary god of fear.
• The insecure, defensive, threatened god.
• The dumb, non-understanding god.
• The overly intense god of our own neuroses. [i]

Whenever we invest all our energy and attention into something other than the real, loving God who created us, we’re worshipping a false god. Whenever we make something else more important than him, we commit idolatry.

The American pastor Rick Warren says that trusting in things other than God can have devastating effects on our lives.  If we think that who we’re with, or what we do, will make us totally fulfilled, we’re setting ourselves up for deep disappointment (Jer.10:14).

But we do this all the time, he says. We do it with our careers, relationships and bank accounts.  We act as if those created things give us meaning in life, and when we do that, we’re setting ourselves up for failure (Is.44:20).

These idols are lies, he says, and sadly, they don’t just stop after they’ve disappointed us. Eventually, they enslave us, too. [ii]

In today’s Gospel, Jesus and his disciples are in Caesarea Philippi, at the foot of Mount Hermon.  They are near a large cave which was considered the gateway to the dark underworld of Hades.  It had a shrine where the Greeks used nasty ritual sacrifices and fertility rites to worship Pan, the half-goat, half-man god of nature, wine and pleasure.  And nearby was a temple where the Romans worshipped Augustus Caesar, who claimed he was a god.

Now, Jesus has been with his disciples for perhaps two years, but he wonders if they really know him.  In the shadow of these false gods, he looks at his disciples and asks: ‘Who do the people say I am?’ They reply, ‘You are John the Baptist, Elijah or one of the other great prophets.’

‘But who do you say I am?’ he asks.  Peter replies, ‘You are the Christ, the Son of the living God’.  Jesus is pleased: ‘Blessed are you, Simon son of Jonah!’

But Jesus knows that Peter’s faith hasn’t come from his own human reasoning or effort.  So, he tells him it’s a gift from God: ‘for flesh and blood has not revealed this to you, but my Father in heaven.’

What Jesus is saying is that faith starts with God, not with us. It begins with God opening himself up to us and inviting us to share in his divine life.

But an invitation by itself goes nowhere. We must either accept or reject it. Faith requires us to make a decision, and if we choose a life of faith, that means opening up our hearts to God.  It means entering into a personal relationship with him.

How we answer that question will shape the way we live our lives, both today and tomorrow. It will determine how we spend our eternity.

I’ll end with a story.  Tom was a farmer who relished being irreligious.  He wrote a letter to his newspaper saying, ‘Sir, I have been trying an experiment with a field of mine. I ploughed it on Sunday, I planted it on Sunday. I harvested it on Sunday. I carted the crop home to the barn on Sunday. And now, Mr Editor, what is the result?  This October I have more bushels to the acre from the field than any of my neighbours have.’

He expected applause from the editor, who wasn’t known to be religious, either.  But when he opened the paper the next week, there was his letter, printed in full.  Underneath it was the short but significant sentence:

‘God does not always settle accounts in October.’ [iii]