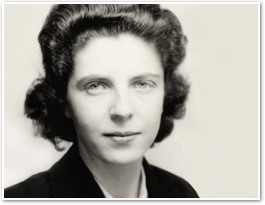 On the Executioner’s Soul

Could you ever forgive someone who tortured you?

In 1940, when the Nazis captured Paris, the gifted Swiss-born pianist Maïti Girtanner was 18 years old. ‘I knew from a young age I was meant to be a pianist,’ she said. ‘Music was my life.’

A year later, Maïti was helping the French Resistance, smuggling people and messages out of occupied France. She saved the lives of dozens of Allied soldiers and Jewish families. When she sensed their fear, she asked them: ‘Do you believe in God? So, pray to him and keep going.’

Being bilingual, she found it easy to charm the Nazi soldiers, visiting them and giving piano recitals – all the while collecting intelligence for the Resistance.

In October 1943, the Gestapo arrested her and several others. During her lengthy interrogation, a young Nazi doctor named Leo methodically tortured her by clubbing her spine. The pain was excruciating. This was her time of passion, she thought.

However, her deep Christian faith sustained her. She encouraged her fellow prisoners to have hope, and she urged them to talk to each other. ‘They tried to make animals of us,’ she said, ‘but speech allowed us to remain human.’

In 1944 she was rescued by the Swiss Red Cross, but her spine was so badly damaged she could barely walk. She couldn’t have children, nor could she play the piano again. [i] For years, hearing a piano made her cry with rage and regret. ‘But…I don’t hold it against anyone,’ she later said. ‘That would be useless and it wouldn’t give me back my fingers.’

She also once wrote to a friend: ‘I shan’t make a tragedy of my life.’

She suffered chronic pain for the rest of her life, but refused to turn her grief into hatred or resentment. Instead, she prayed for the grace to forgive.

She became a philosophy tutor, got her driving licence and deepened her Christian faith by becoming a Dominican Tertiary. She found that giving herself to others gave new meaning to life.

Then one day in 1984, Leo the executioner unexpectedly contacted Maïti in Paris. He was elderly and scared, because he had a terminal illness.

At first, he wrote asking Maïti if she still believed in God and heaven. Then he visited her, begging forgiveness. Through her pain, she reached out to him, held his head in her hands and kissed it. In that moment she knew she had forgiven him.[ii]

Just as Jesus forgave his enemies, so Maïti forgave Leo. ‘I embraced him to drop him into the heart of God,’ she said.

Leo received a fine gift that day, but Maïti received an even greater one.  She had prayed for 40 years for the grace to forgive, because she knew it would set her free. And that’s just what happened. ‘Forgiving him liberated me,’ she said.

In today’s Gospel, Jesus tells us that we should always forgive others, not just seven times, but seventy times seven. In other words, always. The number seven signals perfection in the Bible.

With these words, Jesus is telling us that we are obliged to forgive anyone who has offended us. And we must seek forgiveness from anyone we might have offended.

He says something similar after his Sermon on the Mount. When you’re at worship, Jesus says, and you remember that you have yet to forgive someone (or be forgiven by someone), go and put things right, and then come back to God (Mt.5:23-24).

Why? It’s because God is love, and we too must be loving if we want his divine life and power flowing through us.

Here’s the point: when we fail to forgive, our relationship with God is interrupted.

Of course, it’s not easy to forgive others, and it can be hard to say sorry, but remember what Jesus said to St Faustina, ‘The cause of your falls is that you rely too much on yourself and too little on me.’ [iii]

Jesus is always there for us. If you find forgiving difficult, just ask him for help, just as Maïti Girtanner did.

She had a choice, either to live a life of bitterness and hatred, or to forgive the man who had caused her disability.

‘Looking at my existence,’ she said, ‘I understood that a life is not measured by the projects we set for ourselves or the ideas we have of ourselves, but by the way we live it, faced with the circumstances imposed on us.’ [v]

It transformed her life, and it saved the soul of an executioner.