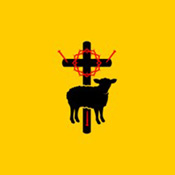 The Lamb of God

The Bible is full of lambs. In fact, they’re mentioned over 200 times.

And in today’s Gospel, when John the Baptist sees Jesus, he cries out: ‘Behold the Lamb of God … !’

What does he mean by that? And what’s the significance of all these lambs?

To answer that, we need to go back into history. In ancient times, many cultures believed they were too unworthy to approach God, and the only way to worship him was by sacrificing something valuable, like sheep, bulls and goats.

Now, when the ancient Israelites were enslaved in Egypt, God heard their cry for freedom and asked Moses to arrange for their release. But Pharaoh refused, so God sent ten plagues to soften his resistance. In the last plague, the Angel of Death took the firstborn of every Egyptian family.

But just before that, God instructed every Jewish family to sacrifice a lamb and to use a hyssop branch to smear its blood on their door posts. This was to help the Angel of Death to identify and bypass Jewish homes.

After that, Pharaoh relented and allowed them to leave (Ex.12:1-31). Ever since then, at Passover, the Jewish people have been celebrating their escape from slavery in Egypt. Those sacrificed lambs meant new life for them. [i]

Now, John’s Gospel often mentions the Passover. Indeed, it begins with John the Baptist in today’s Gospel calling Jesus ‘the Lamb of God’, and it ends with Jesus being crucified at the same time as the priests slaughter the lambs in the Temple.

John’s Gospel makes the point that Jesus is the fulfilment of the Old Testament Passover lamb. By sacrificing himself on the Cross, Jesus has become the new Passover Lamb and he has inaugurated a new exodus, by opening the door to eternal life for his disciples.

Because of this, animal sacrifice is no longer necessary, and the old Passover has been replaced by a new Passover, the Holy Eucharist, which means thanksgiving.

There are many parallels between the old and new Passover lambs.

In the Old Testament, for example, lamb’s blood saved the Israelites from slavery in Egypt. But now the blood of Jesus saves us from slavery to sin. Jesus’ sacrifice has opened the door to new life for us.

Also, when God gave Moses his rules for the Passover, he insisted that no bones may be broken when the lambs were sacrificed (Ex.12:46). When Jesus was nailed to the Cross, the soldiers came to break his legs, but he was already dead, so they speared him instead (Jn.19:31-34).

As John writes in his Gospel, ‘These things happened so that scripture would be fulfilled: “Not one of his bones will be broken”’ (Jn.19:36).

Further, as Jesus hung on the Cross, John tells us that ‘a sponge full of vinegar was put on a hyssop stick and held to his mouth’ (Jn.19:29). This reminds us of the hyssop used to smear blood on the Israelites’ doorposts.

And as Brant Pitre writes in his book Jesus and the Jewish Roots of the Eucharist, in the 1st Century A.D., the Passover lambs in the Temple were not only sacrificed, they were crucified. After sacrificing the lamb, thin staves of wood were driven through the lamb’s shoulders in order to hang it, and then it was skewered from head to tail, so that it was effectively crucified. It was then roasted.

Pitre says that Jesus would have witnessed thousands of Passover lambs being crucified in the Jerusalem Temple, so it’s not surprising that he likened his own suffering and death to that of a Passover lamb.

And finally, Pitre notes that at the time of Jesus, rabbis always saw each Passover celebration as a way to actively participate in the first exodus. So, Passover was not only a sacrifice; it was also a memorial or remembrance (Ex.12:14) by which the Jewish people both remembered and made present the event itself.[ii]

Now, all this is reflected in Jesus’ new Passover, the Last Supper. ‘Do this in memory of me,’ (1Cor.11:25) Jesus says, and we’ve been repeating this ever since, at every Mass. Jesus has placed his body and blood at the centre of this new Passover, and we eat it, just as the original Passover lambs were eaten by those who made the sacrifice.

That’s why Jesus is the Lamb of God.

By his sacrifice, Jesus leads us on a new exodus, from death to eternal life in heaven.