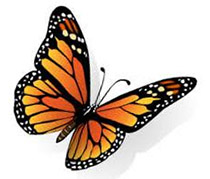 You don’t have to go far to find suffering. It’s everywhere. There’s sickness, floods, drought and war. There are broken relationships, the death of loved ones and seeing our plans fail.

In one way or another, we all suffer, and no one likes that. Some people learn from it and move on, while others become angry and bitter. And many people wonder, why doesn’t God protect us from all this pain?

The first thing to say is that God doesn’t make us suffer. He’s not punishing us, because God is love. God does, however, let suffering happen, and one reason for this is because he wants us to learn about life and to come closer to him.

This is what the author of the Letter to the Hebrews is saying to the early Christians in our second reading today. They found life very hard, and he’s encouraging them to accept this as part of their training in discipleship. Like all good parents, God is trying to teach them.

In her book Nudging Conversions, Carrie Gress identifies three kinds of suffering. The first she calls Suffering from Self, because it’s caused by sin. This suffering comes from our bad, self-destructive habits and being separated from God. This is like hell, she says, because sin is always accompanied by pain. We can see this in broken relationships, in our wounded children and in our addictions.

Regardless of our intentions, she says, sin is going to hurt. And God lets this pain happen as a warning that something isn’t right. So, if our conscience fails, this pain might remind us that it’s time to change our behaviour.

The second kind she calls Suffering for Self, and she compares it to purgatory. It occurs when the soul starts turning to God, and the pain comes largely from atoning for our sins. The reason for it is simple, she says: we must repair whatever we’ve broken, while also growing deeper in holiness.

She quotes St Paul’s words: ‘We rejoice in our sufferings, because we know that suffering produces perseverance; perseverance, character; and character, hope’ (Rom.5:3-4). This type of suffering is important in our journey towards spiritual maturity.

The third kind she calls Suffering for Others. It’s close to heaven, she says, for it comes from genuinely loving and sacrificing ourselves for others. This is how Jesus loves. [i]

Victor Frankl (1905–97) was imprisoned in Nazi concentration camps during World War II. His mother, father, brother and pregnant wife were all murdered there, and he was stripped of everything he had, including his human dignity.

But there was one thing the Nazis couldn’t take from him: that was his ability to choose how he responded to all this trauma. Frankl made the conscious decision to stay in control of all his responses.

He had learnt a valuable lesson: that those who have a strong sense of meaning and purpose in life can survive for much longer than those who lose their way.

In 2007, Pope Benedict XVI wrote: ‘We can try to limit suffering, to fight against it, but we cannot eliminate it. It is when we attempt to avoid suffering by withdrawing from anything that might involve hurt, when we try to spare ourselves the effort and pain of pursuing truth, love, and goodness, that we drift into a life of emptiness, in which there may be almost no pain, but the dark sensation of meaninglessness and abandonment is all the greater.

‘It is not by sidestepping or fleeing from suffering that we are healed,’ he said, ‘but rather by our capacity for accepting it, maturing through it and finding meaning through union with Christ, who suffered with infinite love.’ [ii]

Jesus suffered every kind of pain imaginable. He was rejected by almost everyone; he suffered emotionally, psychologically, physically and spiritually. And yet he still rose in glory. Clearly, Jesus is the model for us to follow, for he offers us hope.

Let’s close with the story of the butterfly. Butterflies begin life tightly wrapped up in a cocoon. Then, when the time comes, they struggle to escape. Some people think it’s nice to relieve their suffering, by helping them get out. But that’s a mistake.

When butterflies wriggle and struggle out of their cocoon, their movements release a chemical that’s pumped into their wings. This fluid strengthens their muscles and helps their wings expand. [iii]

If butterflies don’t struggle like this, they quickly die.

Suffering is a mystery that can be hard to bear, but it’s also a natural part of life.