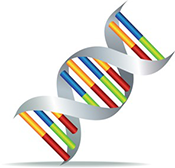 Is it true that faith and science are enemies?

No, that’s simply not true. Today, the Church runs countless schools and universities which teach science. It also sponsors the Pontifical Academy of Sciences and the Vatican Observatory.

But let’s go back into history. Bishop Robert Barron reminds us that it was the Church that gave birth to science. The great scientific pioneers, including Kepler, Copernicus, Galileo, Newton and Descartes, all went to Church-sponsored schools and universities, and it was there that they began their journeys of scientific discovery.

It’s because God’s creation is so orderly and rational that science is able to do what it does so well – conducting observations, analysis and experimentation.

Science’s foundations, then, emerged from theology, and the pioneers of science got their start from Church-sponsored schools and universities.

Now, we know that God created the universe (Gen.1). This means that he must be outside it. It also means that you cannot use the scientific method to find or study God.

When pioneer cosmonaut Yuri Gagarin returned from outer space in 1961, he said, ‘I looked and looked but I didn’t see God.’ Of course he didn’t. God is not an object inside his own creation. He’s outside it.

Similarly, my wife is an artist. If you closely study her work, you’ll find evidence of her style, her techniques and her imagination. But you’ll never find the woman herself because she exists outside her creations.

Finding our divine creator therefore requires a different approach, and that’s why science and theology use very different methods in their work. It also explains why science can never decide the question of God’s existence or describe God or what he does. That requires a very different kind of rational thought, one that doesn’t compete with the scientific approach.

And here’s another point: Scientism is not science.

Scientism says that the only knowledge worth having is scientific knowledge. Many people today say they will accept only what they can clearly see, touch and control, and therefore the only knowledge of any value comes from science. But we know that science has its limitations.

Science has done great work in fields like health and technology, but it still can’t distinguish good from bad, or right from wrong. It can’t explain love or goodness or beauty, and it can’t decide what to do with its own discoveries.

There is such a thing as objective truth. Jesus spoke about it (Jn.14:6), and there are many roads to it, including art, literature, history, philosophy, science and religion. It’s wrong to suggest that only one approach has any value.

And finally, we should acknowledge the ground-breaking work of countless Catholic scientists, including Danish Bishop Nicholas Steno who founded Geology, and German Fr Athanasius Kircher who founded Egyptology. (He also studied medicine, physics, astronomy, maths, music and linguistics). [i]

Clearly, there’s a distinguished relationship between Christianity and science.

Now, some people say that the story of Galileo is proof of the Church’s supposed “war” against science. But Robert Barron says that this is only one chapter in a very long book. ‘The Galileo episode was hardly the Church’s finest moment,’ he says, ‘(but) in point of fact, John Paul II apologised for it.’ [iii]

The Galileo story was clearly a mistake, but it should not overshadow the historically positive link between science and the Christian faith.

Let’s close with a story. A young university student was travelling in the same train carriage as an elderly man who was praying the Rosary. The young man confronted him: ‘Instead of praying the Rosary, why don’t you take the time to learn and educate yourself a little more? I can send you an instructive book,’ he said.

The old man replied, ‘Please send me the book at this address,’ and he handed him his card. It read: Louis Pasteur, Paris Institute of Science.

The student was embarrassed. Pasteur was the most famous scholar of his time. He invented vaccines and pasteurisation and regularly prayed the Rosary.

Pasteur was also the man who said that a little science estranges us from God, but much science leads us back to him.