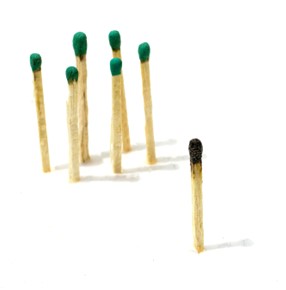 Being ridiculed and excluded can be very painful. This is what Zacchaeus finds in Luke’s Gospel today.

As a tax collector for the Romans, Zacchaeus has become rich, but the people of Jericho hate him. They think he’s a worthless cheat.

Not surprisingly, he is unhappy. He feels lost and sorely in need of a fresh start.

Zacchaeus has heard that Jesus is coming to town, and hopes to get a glimpse of him. But Zacchaeus is a short man in a big crowd, so he climbs a tree to get a better view.

Jesus sees him up there, and says, ‘Come down. Hurry because I must stay at your house today.’ Instantly, Zacchaeus’ life changes. His curiosity is replaced by an intense sense of repentance and conversion.

They haven’t met before, but Jesus knows Zacchaeus well (just as he knows each of us), and he gives him all the hope and joy he’s looking for. Zacchaeus then commits himself to giving away half his fortune to the poor, and generously repaying anyone he has wronged.

Thanks to Jesus, he is now a new man with a new life, and tradition tells us that Zacchaeus went on to become the first bishop of Caesarea.

There are three things to note from this story.

Firstly, although everyone else rejects Zacchaeus, Jesus still loves him. Jesus never rejects anyone, and neither should we.

Secondly, this story demonstrates that Jesus can call on anyone, anywhere and anytime – even nobodies perched high up in a tree. Is he calling you?

And finally, Jesus uses Zacchaeus as his instrument to serve that community. We know this because he generously commits to helping the poor.

In other words, God often works through the most unlikely people.

Now, someone else who suffered ridicule and exclusion was St Martin de Porres. His feast day is next week, on 3 November.

Martin was born in Lima, Peru, to a Spanish nobleman and a former black slave. His father soon abandoned him, leaving him to live in poverty with his mother and sister.

Martin only had two years of schooling, and was often mocked for his colour, but this didn’t stop him growing into a kind and caring man. He discovered Jesus through his mother, and from the age of ten he prayed for hours every day.

When he was twelve, Martin served as an apprentice and learnt basic hair-cutting and simple medical procedures.

At fifteen, he tried to join the Dominicans, but mixed-race people weren’t welcome back then, so instead he became a servant boy at a nearby convent. There, he cooked, cleaned and laboured in the fields.

Ten years later, he was invited to become a Dominican brother. He was overjoyed, but remained humble. He ate and dressed simply, slept little and worked hard. But even there, he found himself mocked by cruel jokes.

At 34, he was given responsibility for the infirmary and he spent the rest of his life doing remarkable things, healing both the rich and the poor.

Many miracles are attributed to Martin. He often appeared miraculously at the bedside of sick people, and he was sometimes seen in two places at once. He was a great fundraiser, using the money to feed and shelter hundreds of families. He established orchards and taught people how to farm, and he established an orphanage and school that still operate today. He also once bought a slave to set him free.

Just like Zacchaeus, there are three things to note from this story. Firstly, although others rejected Martin, Jesus still held him close to his heart. Jesus never rejects anyone, and neither should we.

Secondly, this story reminds us that Jesus can call on anyone, anywhere and anytime – even nobodies on the margins of society. Is he calling you?

And finally, Jesus used Martin to serve that community. We know this because of his extraordinary achievements.

In other words, God often works through the most unlikely people.

Zacchaeus and Martin had much in common. They were both ‘nobodies’, rejected by their communities. But they both had faith, and allowed Jesus to work through them. Because of that, they both lived lives of great purpose, meaning and joy, and today they continue to inspire millions of people.

Zacchaeus came to Jesus much later in life than Martin, but that is never an issue.

Whenever anyone opens up their heart and life to God, the rewards are always the same (Mt.20:1-16).