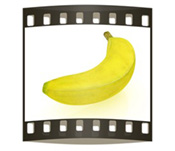 Sometimes, the things we ignore or neglect turn out to be precious.

Years ago in Prague, my wife and I discovered an amazing puppet shop, full of colourful marionettes of all shapes and sizes, hanging on strings and sitting on shelves.

In one corner, under a chair, I spied a statue, looking dusty and unloved. This was no puppet; it was a very unusual Madonna and child. ‘I’d forgotten about her,’ the shopkeeper said, ‘She’s been there for years.’

We happily brought her home, and now she belongs to our very special Madonna collection.

Yes, what people overlook or reject in life can often be valuable. That’s a message we can take home from Luke’s Gospel today.

Jesus is giving his Sermon on the Plain to a large crowd near the Sea of Galilee. They’ve all suffered in some way, and they’re looking for hope. So, Jesus tells them that certain things our world doesn’t care about, including poverty, hunger and tears, are actually God’s greatest concerns.

But the reverse is also true. The things that our world madly craves, like fortune, food, fun and fame, are of little interest to God. That’s why Jesus says, ‘Woe to you rich, woe to you who have your fill, woe to you who laugh, and woe to you when the world loves you.’

His point is that selfish indulgence has no place in heaven.

But how can poverty, hunger or tears possibly be a good thing?

Megan McKenna tells the story of a photographer taking photos of human catastrophes for a new book. In the 1980s, this photographer was in Ecuador, which had been hit by torrential rain, landslides and starvation. Several relief organisations flew in plane-loads of food, including corn, milk, rice and fruit.

He set himself up with his camera on a main street, crowded with people looking tired, sick and hungry. They’d lost their homes and possessions; some had lost relatives and even whole families.

He noticed one young girl, aged nine or ten. She was thin and straggly, hair matted and clothes torn. She was waiting in line with hundreds of others for food.

As she waited patiently in line, she was also looking out for three younger children, huddled under a large bush to avoid the hot sun. Two boys, aged five and seven, and a girl aged three. The young girl’s attention was divided between watching them and keeping her place in the queue as it snaked towards the food trucks.

The line seemed endless as the food started running out, and the aid workers became anxious. The young girl didn’t notice, however. She just watched her charges from a distance. Then after many hours in the sun, she finally made it to the front of the line. But all she received was a banana.

Her reaction stunned the photographer. First her face lit up in a beautiful smile. She took the banana and bowed to the aid worker. Then she ran to the children under the bushes and very carefully peeled it, splitting it evenly into three pieces and placing one piece into the palm of each child. Together they bowed their heads and said a blessing. Then they slowly chewed their banana pieces, while she sucked on the peel.

The photographer wept uncontrollably, and forgot about his camera and why he was there. He began to question not only himself and what he was doing, but also everything he took for granted and his assumptions about the world. He watched the girl and later said that in that moment he saw the face of God, shining.

He’d been given a glimpse of the kingdom of heaven through a poor street child who was rich in love, generosity and beauty, in spite of her poverty and hunger, and in spite of the politics of greed, profit and human indifference.

He never did take a picture of that girl, or the other children. But her face and smile are etched forever in his memory and soul. [i]

Why? It’s because God isn’t interested in these things.

God’s first priority is the poor and hungry, and those who weep and suffer from hate.