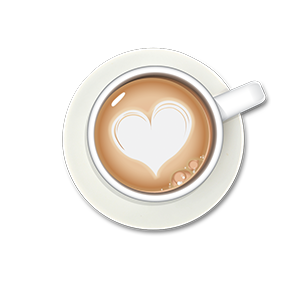 On Welcoming the Stranger

The way strangers are treated varies between cultures.  Some years ago in Alaska, our B&B hosts promised to collect us from the small-town airport. They didn’t, so we had to walk.  We arrived hot and thirsty, and asked if we could have a cup of tea.  The answer was no.

Compare that to our visit to India for a wedding.  We didn’t know the bride’s father, but he phoned us just as we entered our hotel, saying that he’d pay all our expenses while we were in town.  He even provided a car and driver!

This Indian welcome taught me that that true hospitality isn’t just warm and generous; it also includes a delightful surprise.

People in Western society are generally friendly and polite towards strangers, but don’t go much beyond that.  In many other cultures, however, hospitality is a sacred duty and the host is obliged to offer the stranger food, shelter and safety.

Paul Coelho tells the story of two men crossing a desert.  They saw a Bedouin’s tent and asked him for shelter.  He didn’t know them, but welcomed them as nomads did in their culture: a camel was killed and its meat was served in a sumptuous dinner.

The next day, the guests stayed on and the Bedouin had another camel killed.  Astonished, they protested that they’d not finished eating the one killed the day before.  ‘It would be a disgrace to serve my guests old meat,’ he replied.

On the third day, the two strangers woke early and decided to resume their journey.  As the Bedouin wasn’t home, they gave his wife a hundred dinars and apologised for not waiting, but they wanted to avoid the hot sun.

After four hours’ travel, a voice called out to them.  It was the Bedouin.  As soon as he caught up with them, he threw the money to the ground. ‘I gave you such a warm welcome! Aren’t you ashamed of yourselves?’

Surprised, the strangers said the camels were surely worth far more than that, but they had little money.

‘I’m not talking about the amount,’ he said.  ‘The desert welcomes Bedouins wherever they go, and never asks anything in return. If we had to pay, how could we live?  Welcoming you to my tent is like paying back a fraction of what life has given us.’ [i]

Hospitality, then, is far more than just courtesy. Indeed, in ancient Israel, strangers were often seen as messengers of God’s blessing (Heb.13:2).

In today’s first reading, the prophet Elisha arrives in Shuman and a lady warmly greets him.  She knows he’s a holy man, and invites him to stay whenever he’s in town.  Elisha is grateful and wants to do something in return.  When he learns that she and her husband have no sons, he prophesies that God will reward her by giving her a son.  His prophecy is fulfilled.

In Christianity, hospitality isn’t something you sometimes do.  It’s a way of life, because God can be found in everyone. That’s why Jesus says in today’s Gospel, ‘Whoever receives you receives me, and whoever receives me receives the one who sent me.’  In Matthew 25:40 he says something similar: ‘Whatever you do to the least of my brothers you do to me’.

In other words, the way we treat the stranger is how we treat God. But is this how we live today?

Flor McCarthy writes that winter was over, and everyone in the street rejoiced.  They drew back their curtains and opened their windows.  Fresh air, sunlight and warmth poured into their homes.  ‘Thank God for spring!  Thank God for the sunshine!’ they exclaimed.

Then a beggar man appeared.  Everyone saw him.  All down the street, the windows quickly closed, the curtains were drawn and the doors were locked.  The beggar man knocked on every door, but not one opened for him.

Forlornly, he left and went somewhere else. Then the curtains, the doors and the windows were all opened up again. The sunshine poured in, and again all the people rejoiced. [ii]

In Greek, hospitality is philoxenia (xenia means foreigner or stranger, and philo means love).  So, we’re all meant to love strangers.

Years ago, people used to actively socialise at church dances, dinner parties, bridge nights and other such events.  This rarely happens today. We’re all so much more isolated than before. Sure, social media might be everywhere, but online communities aren’t real.

We are actually a lonely people, and yet, we were made to love and our hearts crave meaningful relationships.

True hospitality means recognising God’s presence in others, and nourishing that presence.

When we are truly welcoming, the stranger is no longer a foreigner but a friend who’s always welcome.  Just like Elisha.

What shall we do about it?