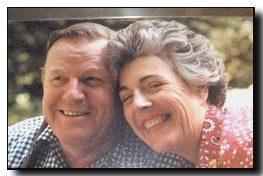 On a Higher Calling

Have you heard the story of Ann Russell Miller?  She and her husband Richard were fabulously wealthy socialites who loved yachting in the Mediterranean, skiing in Austria and living in a mansion in San Francisco.

They were also devout Christians, and they vowed that when one of them died, the other would dedicate their life to God.  In 1984, Richard died of cancer and that left Ann with 10 children and 18 grandchildren.  But she kept her promise.

In 1989, on her 60th birthday, she held a huge and lavish party for 800 friends in the Hilton Hotel ballroom.  She told them that the first two-thirds of her life had been devoted to the world, and the last third would be devoted to her soul.[i]

She also said to a friend, ‘I can do more for you by praying than any other way.’ She then gave everything away and joined a Carmelite monastery in Des Plaines, Illinois.

Today she’s known as Sister Mary Joseph of the Trinity, and she lives a life of poverty, chastity and obedience behind cloister walls.  She wears a plain brown habit; she sleeps on a thin mattress on wooden planks and she eats simple vegetarian meals.  Her days are filled with prayer, making rosary beads and weeding the vegetable garden. Many thought she’d give up, but she hasn’t. [ii]

In a worldly sense, Ann Russell Miller had it all.  But there’s one thing she really craved, and that was her relationship with God.  To truly satisfy that craving, she knew she had to let everything else go.

To those who live their lives for pleasure, power and material gain, what Ann did was radically counter-cultural.

The prophet Zechariah, in our first reading today, also does something counter-cultural.  He prophesies that the people of Israel will get a new king.  But this won’t be a typical king, pursuing privilege and power.  Rather, he’ll be meek, humble and modest in his ways.

We know who that is, of course.  It’s Jesus, and in Matthew’s Gospel today he tells us that God reveals the secrets of his divine kingdom not to the wealthy, or to the wise or important, but to those who live simply and with open hearts.

St Francis de Sales (1567-1622) was a bit like Ann Russell Miller.  He was born into a noble family in France. His father wanted him to become a magistrate, so he studied law.  But he gave it all away to become a priest.

He became Bishop of Geneva and a great writer. He established an order of nuns and he invented a sign language to help him teach a deaf person about Jesus.

But what makes St Francis truly remarkable is his emphasis on ordinary people.  At the time, the holy life wasn’t for lay people; it was only for priests and monks and nuns.  He changed all that by giving spiritual direction to ordinary citizens.  His most famous book, Introduction to the Devout Life, was written in 1608 specifically for lay people. [iii]

St Francis once wrote to a woman who was struggling with life.  He wrote: ‘Soon we shall be in eternity and then we’ll see how insignificant our worldly preoccupations were and how little it matters whether some things were done or not.  However, right now we rush about as if they were all-important.’

‘When we were little children,’ he wrote, ‘we used to gather pieces of broken tile, little sticks and mud with which to build houses and other tiny buildings, and if someone knocked them over, how heartbroken we were!’

‘But now we understand that these things really didn’t amount to much.  One day it will be like this for us in heaven, when we shall see that some of the things we clung to on earth were only childish attachments.’

‘Do faithfully all you must do,’ he said, ‘but be aware that what matters most is your salvation and the fulfillment of that salvation through true devotion’.

St Paul says something similar in today’s second reading.   He contrasts the worldly life with the life of the spirit, and says that if you live your life according to the world you will die.

But if you live by the spirit, you will remain fully alive.

Each of us has a higher calling (Jn.15:16; 2Pet.1:10-11), but something so often seems to get in the way.  There’s always something stopping us from getting closer to God.

Ann Russell Miller knew that, and so did St Francis de Sales. That’s why they gave everything else away.

What do you need to let go?