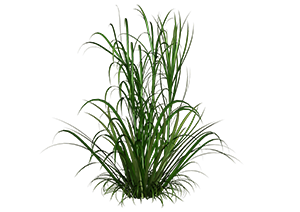 Is the grass really greener on the other side?  Many people wonder about that. Their lives might be relatively comfortable, but they feel restless and uncertain, and they worry that they might be missing out on something.

It’s called the Grass is Greener Syndrome, and it’s driven by our doubts and our fears that our job, relationship or situation isn’t quite good enough for us.

Consider the story of the farmer who owned a small farm.  His land was stony, but he worked hard, and for a while he was happy and contented.  But then he began to feel that something was missing.  There must be more to life, he thought.

One evening a stranger arrived and asked for a night’s stay.  The farmer welcomed him; he’d been hoping for some company and excitement.

Around the fire that night, the stranger talked about diamonds and said that if he could find a diamond the size of a small fingernail, he’d never have to work again.

The next day, the stranger left, leaving the farmer unhappy and restless. As the days passed, he became more and more restless and he started neglecting his farm.  Finally, he sold it off cheaply, and began searching the country for diamonds.  He travelled far but found none.

Meanwhile, the man who bought his farm worked hard.  One day, while out ploughing, he discovered a stone that shone in the sunlight.  It turned out to be a diamond. There were many more there, and it became one of the richest diamond mines in South Africa. [i]

Like the Prodigal Son, this farmer had squandered all he had to seek greener pastures.  The irony is that if he’d kept working, he’d have discovered those diamonds for himself.

Many people are like this today.  They might work hard, but they don’t have the wisdom to recognise the treasures they already have or what’s important in life.

In today’s first reading, God appears to young King Solomon in a dream and says, ‘Ask me what I should give you’.

Now, Solomon can ask for anything he likes: fabulous wealth, a long life, or even great power, but he doesn’t.  What he asks for is a heart of wisdom.  He wants to be a good leader, for his people are his treasure.

God likes this answer and he gives him a heart that’s wiser than anyone else’s.

In today’s Gospel, Jesus shares his parable of the poor workman who accidentally discovers treasure buried in a field. The excited workman sells everything he has, buys the field and the treasure is all his.

Jesus also gives us his parable of the rich merchant who searches for and finds a rare pearl.  He, too, sells everything he has to possess it.

Now, what is this treasure?  What is this pearl?   It’s the kingdom of heaven.  Many people think that God’s kingdom is somewhere up there in the sky, but it’s not a geographical place.  It’s a state of the heart.  It’s the power of God’s love working in our hearts, transforming our lives for the better.

The message from these parables is that the greatest treasure of all isn’t diamonds, pearls or money.  It’s the love of God, and it’s available to everyone, rich and poor alike, and we don’t have to go anywhere special to find it.  We can find it wherever we are in our ordinary lives. The workman found it while working; the merchant found it after a long search.

But like young King Solomon, we need hearts of wisdom to recognise it.

Sir Douglas Bader, the British WWII flying ace, used to meet his friend Henry Longhurst regularly for drinks and conversation.  One afternoon in the 1970s, as Henry was dying of cancer, he said to Bader, ‘Old friend, there’s something I’ve always wondered’.

‘I’ve always wondered: Will the grass be greener on the other side?’

Neither man was particularly religious, and they talked for a while longer, but came to no conclusion.  Henry died that week, and Bader forgot about that conversation.

Months later, Bader was in London for a speaking engagement.  As he emerged from his taxi, there on the street was a woman, looking like a beggar.  She approached, and as Bader put his hand to his pocket, she said, ‘I don’t want your money. Are you Sir Douglas Bader?’ He said he was.

She said, “I’m a clairvoyant. I have a message from a friend of yours in the spirit world named Henry. I don’t have his last name, and I don’t know what the message means.