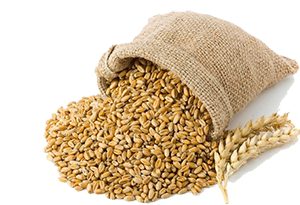 On Weeds among the Wheat

In Hans Christian Andersen’s tale, The Ugly Duckling, all the farm animals disliked one little duck. His mother wished he was miles away, and his siblings said, ‘Oh, how we wish the cat would catch you, you ugly thing.’ [i]

It was all a mistake, of course, because he was really a swan.  But isn’t this so common in life?  We often misunderstand; we often get things wrong.

In 1963, in Fremantle WA, 19-year-old John Button was found guilty of murdering his girlfriend. Why? Because he had a bad stutter. The police interpreted this as nervous guilt, and Button served 5 years in prison before someone else confessed to the crime. [ii]

When we misinterpret people and situations, the results can be devastating.  They can also be far-reaching.

As a student, Mahatma Gandhi (1869-1948) liked reading the Gospels and he wondered if he’d found the answer to India’s caste system.  One day he decided to look into becoming a Christian.  He entered a church, but the usher refused to give him a seat.  He suggested that he worship with his own people instead.

Gandhi left the church and never returned. He said to himself, ‘If Christians also have caste differences, I might as well remain a Hindu’. [iii]

How do we avoid such mistakes?  Jesus talks about this today in his Parable of the Weeds.  It’s the story of a farmer who sows wheat across his field, but someone else has sown weeds there as well.  His workers ask if they should pull the weeds out.

Now, we’re all inclined to remove weeds as soon as possible, aren’t we? But this farmer says no. Why? It’s because the weeds in this story are called ‘darnel’ or ‘false wheat’.

Darnel was common in Israel. It’s a poisonous rye-grass that looks like wheat.  But as the plants grow together, the differences become clearer.  Wheat bends under its own weight while darnel keeps growing straight. By this time, however, their roots are so entangled that you can’t separate them without damaging the wheat. So, it’s better to leave them until harvest time.

This parable reminds us that whether we like it or not, we’re all living with weeds – with people and things we don’t like.  We can’t avoid it.  But we need to be patient, because we can’t always tell the difference between weeds and wheat.

St John Vianney (1786-1859), the Curé of Ars, was a poor student in the seminary. He failed Theology, French and Latin, and, like a weed, he was told to leave. But that was a mistake, for he later received private tuition and he was ordained.  Now he’s the patron saint of all priests.

His teachers should have been more patient with him, because what looked like a weed turned out to be very good wheat.

But this parable isn’t just about other people; it’s also about us.  We, too, have wheat and weeds mixed up inside ourselves.

It’s significant that Jesus didn’t weed out Judas or Peter or any other disciple who disappointed him. He recognised their good qualities and he was patient with them. Thankfully, he’s also patient with us, because although we do have good qualities, we also have faults.

In his book Weeds Among the Wheat, Thomas Green says that God leaves weeds inside us (our weaknesses), to keep us humble and to make us realise how much we need him and how helpless we are without his grace and power.

‘The wheat of our virtues,’ he says, ‘including trust, humility and gratitude, could never come to full maturity without the weeds of our faults and failings.’ [iv]

So, we must be patient with ourselves, and with others, just as God is patient with us. But there will be a harvest one day – at the end of our lives – and that’s when Jesus will separate the wheat from the weeds.

Here’s a final story.  Mulla Nasrudin decided to start a flower garden. He prepared the soil and he planted the seeds of many beautiful flowers.  But when they grew, his garden was filled not just with his flowers but also lots of dandelions.  He sought advice from gardeners near and far, and he tried everything to get rid of them, but to no avail.

Finally, he approached the royal gardener at the palace.  This wise old man had helped many gardeners before and he suggested several solutions, but Nasrudin had tried them all.  They sat together in silence for some time.

Then the gardener looked at Nasrudin and said, ‘Well then, I suggest you learn to live with dandelions.’ [v]