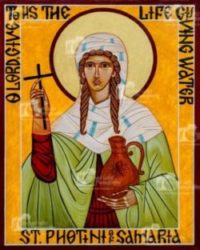 On Dottie and the Invisibles

In Harry Potter and the Philosopher’s Stone, Professor Dumbledore says, ‘I don’t need a cloak to become invisible’. [i]  He’s right!  Consider the story of the company CEO who sat for the final exam of his business strategy class.  He spent many hours preparing for it.

“The teacher handed out the exam,” he said. “It was on one piece of paper which surprised me, because I figured it would be longer than that.  Once everyone had their paper, the teacher said, ‘Go ahead and turn it over.’  Both sides were blank.”

‘It was the only test I ever failed,’ he said, ‘and I got the “B” I deserved.  Her name was Dottie, and I didn’t know Dottie.  I’d seen her, but I’d never taken the time to ask her name. I’ve tried to know every Dottie I’ve worked with ever since.’ [ii]

Ralph Ellison, in his book The Invisible Man (1952), writes: ‘I am an invisible man … I am a man of substance; of flesh and bone (but) I am invisible simply because people refuse to see me…’ [iii]

Why won’t they see him?  It’s because he’s black.  They refuse to acknowledge his existence because of his colour.

There are lots of invisible people today.  People who, for various reasons, we don’t see or we simply won’t see.  The poor, the lost, the homeless, the elderly, the different – they’re all so easily ignored.  We turn our heads away.

Do you sometimes feel invisible?

In his book I and Thou (1923), the philosopher Martin Buber says that there are two ways to relate to people. We can either see them as objects and things, or we can treat them as human beings worthy of respect. [iv]

In his memoirs, Buber explains how this idea came to him.  During WWI, he was a professor at a German university.  One day he was interrupted by a student who’d been called up to serve in the army.  The student was a pacifist and he asked Buber what he should do.  Should he serve his country and kill against his conscience, or should he say he’s a conscientious objector and let someone else be killed in his place?

Buber was busy and he became irritated.  He told the student to go away and make up his own mind. The student did go away, but he committed suicide.

Buber was horrified.  He suffered guilt for the rest of his life.  He had treated this young man as a thing, as an unwelcome interruption, rather than as someone special who God had created in his own image.

In today’s Gospel, Jesus is at Jacob’s Well, in the Samaritan town of Sychar, 63 kilometres north of Jerusalem.  There he meets a woman.  According to the culture of the time, she’s invisible.  She would have been treated as an object because Jews hated Samaritans.  And the local women would have shunned her because of the scandal of her multiple husbands.

So, she keeps her head down.  She goes to the well at the hottest time of the day, when no-one’s likely to be there.  But then Jesus arrives.

Rabbis aren’t allowed to talk with women in public.  But Jesus won’t snub anyone, and this woman deserves love and respect.  He knows her past; he knows she’s unhappy, and he wants to help.

So, he talks to her.  At first, it’s about water, but Jesus knows she needs more than that.  She’s lost, and she has been looking to men to satisfy her soul.  Her real thirst is for the spiritual refreshment of the Holy Spirit.  So, Jesus offers her the living water of his mercy and love.

This is the longest conversation Jesus has with anyone in the Gospels, and it transforms her life.  Initially, she dismissively refers to Jesus as a ‘Jew’.  But then she calls him ‘sir’, then ‘prophet’, then ‘messiah’, and finally the ‘Saviour of the world’.  Then she excitedly runs to tell everyone in her village.

This progression from hostility to respect, acceptance and awe, reflects the process of conversion for so many of us.

According to Eastern tradition, this woman is St Photina and she’s the first evangelist in John’s Gospel. She travelled far and wide, telling everyone that Jesus knew all about her, and that his living water gave her brand new life. [v]

This Lent, let’s go to the well, too, and ask Jesus for some of that living water,

… and for the grace to never again treat anyone as invisible.

[i] In 1998, this book was released in the United States as Harry Potter and the Sorcerer’s Stone.