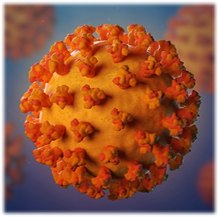 On a Place Called Lost

Our world has changed.  Only weeks ago, we worried about droughts, bushfires and climate change, but now something else has swamped our attention: the Coronavirus, Covid-19.

The world has responded in fear, anxiety and confusion.  Whole countries have been locked down, routines have been suspended, financial markets have collapsed, shops have been stripped bare and sports have been cancelled.

For those whose faith had centred on money, sport, possessions or pleasure, this is a bewildering time.  And many who believed in the ameliorating power of science and politics now wonder what went wrong.

We’re in the realm of the unknown, and many people simply feel lost.

In her book Survivor, Christina Crawford writes: ‘Lost is a place, too’.

The Canadian writer Ron Rolheiser says that this phrase contains a deep truth, because being alone, lost and struggling for meaning is a valid place to be.

If John of the Cross was your spiritual director, Rolheiser says, and you told him that you’re going through a dark patch in life, he’d likely say that you are where you should be right now: you’re in the desert, letting the merciless sun do its work; in a dark night, undergoing an alchemy of soul; in exile, lamenting on a foreign shore so that you can better understand your homeland; in the garden, sweating the blood that needs to be sweated to live out your commitments; in the upper room, unsure of yourself, waiting for pentecost before you can set out again with any confidence; undergoing positive disintegration, having your life ripped apart so that you can rearrange it in a more life-giving way.

Rolheiser describes being lost as a biblical, mystical and necessary place to be.  It’s a place where everyone before us, including Jesus, has spent some time, for the desert spares nobody.  Dark nights eventually find us all.

Knowing this doesn’t make it any easier to accept, but naming being lost as a valid place to be is important for us, both personally and communally.  That’s because inside that place, our souls are being shaped in ways we cannot understand, but in ways that will stretch and widen them for a deeper love and happiness in the future. [i]

So, all this isn’t new. Indeed, feeling lost in the midst of a pandemic has been felt before.  The English mystic Julian of Norwich (1342-1416) caught the Black Death at the age of 30.

One night, as she lay on what she thought was her deathbed, she had several visions which led her to contemplate God’s love through the Passion of Christ.  She recorded her experiences in her book Revelations of Divine Love.

She describes seeing God holding something tiny in his hand, like a hazelnut.  It seemed so fragile and insignificant that she wondered why it didn’t crumble before her eyes. But she understood that it was the entire created universe, which is as nothing compared to its Creator.  She was told: ‘God made it, God loves it, and God keeps it’.

The sad thing, though, is that so many people have no sense of this.  They have no sense of the spiritual, and no awareness of God and his infinite love.  Here, perhaps the story of Jesus healing the man born blind in today’s Gospel has something to say to us.

Firstly, Jesus says this man was born blind so that God’s work may be made visible through him.  In other words, his disability gives others an opportunity to channel God’s love into him, in the same way that today’s crisis invites us to reach out in unconditional love to others in need.

Secondly, in this story physical blindness is a metaphor for spiritual blindness. The Pharisees refuse to acknowledge Jesus’ miracles.  Instead, they question and intimidate the blind man and his parents, and they throw him out of the synagogue.  The point is that Jesus has the power to heal not only blindness of the eye, but also blindness of the heart.

That’s exactly what we need right now, for spirituality is always about how we see things.  It’s not about earning or achieving some kind of merit.  But not everyone sees things rightly.  Some people simply misunderstand what they see, while others make deliberate choices that distort their perception of the world. [iii]

Yes, we may feel lost in the face of Covid-19, but when we emerge after it’s over, may we see ourselves, and those around us, with newly refreshed eyes.