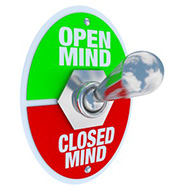 Some years ago, when one of my daughters finished University, the author and academic Nancy Underhill gave the graduates some parting advice.

Using the words of the poet E.E. Cummings, she told them to ‘avoid wallowing in comfortable-mindedness’. In other words, don’t let your mind be lazy.

If you want a good and interesting future, she said, then welcome challenges, welcome the unexpected and be open to new ideas. Having goals is great, she said, but rigid attitudes are not. We must open up our minds and lives if we want the best for ourselves.

Now, these wise words aren’t only for new graduates. They apply to us all.

In our first reading today, it’s 735BC and Ahaz has just become king of Judah. He’s only 20 years old, but already his thinking is rigid – he only listens to himself.

When his kingdom is threatened by the mighty Assyrian empire, Ahaz won’t cooperate with his neighbours in Israel and Syria. He insists on doing things his own way and he soon ends up in trouble.

So much trouble, in fact, that at one point he sacrifices his own son to the pagan gods, hoping they will rescue him. But that doesn’t work, and later, in desperation, he decides to ask the Assyrians themselves for help.

Now, the prophet Isaiah is a wise man. He warns Ahaz to avoid the Assyrians because they are dangerous, just waiting to pounce on him. He tells Ahaz to trust in God instead. But he won’t listen, and history shows that Judah ends up in chaos, enslaved by Assyria.

In today’s Gospel, Joseph the carpenter also finds himself challenged, when he discovers that his wife Mary is pregnant with someone else’s child. But his response is very different to that of Ahaz.

In ancient times, Jewish marriage was a three-step process. First was the engagement, and the parents usually chose the partners.

The second step was the betrothal, when the couple became legally married, but they lived apart for 12 months.

The third step was a great wedding feast like the one Jesus attended at Cana.  Only then did the couple start living together as husband and wife.

Now, in Matthew’s Gospel, Joseph is betrothed to Mary and they’re still living apart. When Joseph learns that Mary is pregnant, he gets very upset and has to make a decision.

According to Jewish law, he has two choices. He can accuse Mary of adultery and have her stoned to death. But Joseph loves her and he doesn’t want her to be hurt or shamed.

Or instead, he can divorce her. He thinks he might do that, without saying why. But that wouldn’t protect Mary from shame, because word would still spread.

The only way Joseph can protect Mary’s honour is to stay married to her and to adopt her child as his own. This means he must stop thinking about himself, and it means forgetting about what others might think. Instead, he needs to focus on Mary, and this takes great strength and courage.

Thankfully, Joseph has an open mind, because when God sends an angel to talk to him, he’s prepared to listen. He agrees to be a loving husband to Mary, and a loving father to her son Jesus.

Like Mary, Joseph listens carefully to what God has to say and he agrees to do what God wants. Together, Mary and Joseph go on to change the course of history.

These two stories have much to teach us about life.

King Ahaz shows us what can happen when we’re selfish and refuse to change our minds. When we’re inflexible, when we refuse to listen to the voice of wisdom, and when we ignore God, disaster can follow.

Joseph, however, shows us what can happen when we’re selfless and loving and open to new challenges. Like Mary at the Annunciation, Joseph trusted God and allowed himself to be led. He became an excellent husband and father, and now – even after all these years – he’s the patron saint of all fathers and of the universal Church.

And finally, both stories teach us that we aren’t meant to control everything. Indeed, it’s foolish to try because some things are meant to be controlled by God.

Our challenge, then, is to keep our hearts, minds and ears open – listening to the saints, and to the quiet voice of God.