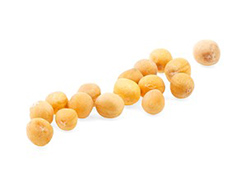 One of the wonders of our world surely must be the humble seed.

With enough soil, sunlight, rain and time, tiny seeds can not only feed whole families; they can also split rocks, destroy buildings and even move mountains. It’s really quite miraculous.

When we think of miracles, we usually expect instant action. But most of the time that’s not what happens. Most miracles – like seeds – actually occur quite slowly.

Consider the story of Sally Wagter. In her book, Miracle in Slow Motion, she recounts her journey from despair to joy as she raised her severely autistic son, Tim. She refused to accept the bleak future his specialists had forecast for him. Instead, she decided to help him discover his potential.

That decision was a seed that took years to grow, but what she achieved was beyond her wildest dreams. Tim grew into a musically gifted, socially confident and academically capable young man. [i]

Consider also the story of Frank O’Dea, born in Melbourne in 1928. He wanted to become a priest, but his chronic stammer made that impossible. So, he became a brother in the Blessed Sacrament Congregation, doing sacristy work, cleaning and cooking. But he never stopped wanting to become a priest.

One day, 20 years later, he found a book on relaxation. He followed the exercises and some years later his speech had improved so much that he was allowed to study for the priesthood. He was ordained at the age of 50, but it was only in his 80s that he was fully cured.

In Mark’s Gospel today, Jesus gives us his famous Parable of the Mustard Seed, and makes the point that in God’s hands, even the smallest of beginnings can produce great results. But we need to be patient, because little seeds can take time to grow.

Sometimes when a miracle is needed, all we have to do is provide a small beginning and God will do the rest. It might be as small as a kind word, a good deed or a brave decision in the face of darkness. Each of these seeds can start something big.

In 1949, Mother Teresa went alone into the streets of Calcutta to help the sick and dying. She had no idea what lay ahead, but her work grew into a ministry of love so big that today some 5,000 sisters are serving in 134 countries.

In 1860, St Mary McKillop went to Penola, South Australia, to babysit her cousins. It was a simple task, but she found herself starting a school and a new religious order, and within 15 years she had opened 41 schools.

We see the same thing in our own lives. Perhaps it’s facing an addiction, forgiving a hurt, righting a wrong, or doing something else that’s long overdue.

Even the smallest beginning can result in a miraculous transformation. The changes might barely be perceptible, but with time the results become obvious.

In his book Miracles, CS Lewis says that God always works his slow magic this way. Every year, he writes, God makes wine, and does so by creating a vine that can turn water, soil and sunlight into a juice that will, under proper conditions, become wine. Once, however, Jesus short circuited that long process by making wine in earthenware jars. [iii]

Yes, God can perform instant miracles, but most of the time he prefers doing things in slow-motion. This is the way of following Christ, learning to live, to love, to accept and to forgive. God wants us involved, but he’s always there behind us, helping quietly.

Let’s close with a story about a man who had a dream. He walked into a marketplace and saw a stall with a sign, ‘Gifts of God’. He stopped, astonished, and saw an angel at the counter. ‘What are you selling?’ he asked.

‘Every gift that God gives,’ the angel replied.

He looked at the shelves. There were jars of joy, bottles of patience, packets of wisdom. Then he saw the gift he wanted. ‘Please give me the gift of serenity,’ he said.

The angel placed it in a small gift box. It was tiny. Smaller than the man’s heart. He asked, ‘Are you sure the gift is in there?’

‘Oh, yes,’ replied the angel. ‘At God’s stall we don’t sell ripe fruit. Only seeds that you need to grow.’