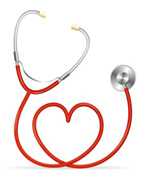 On Listening with the Heart

What they say is true: God gave us two ears and one mouth, to listen twice as much as we talk.

In his book No Man is an Island, Thomas Merton says that if our life is poured out in useless words, we’ll never hear anything in the depths of our hearts. We’ll also never be anything, for we’ll have exhausted ourselves talking before we really had anything to say. [i]

But genuine listening is becoming more difficult these days. Life can be so busy and so many things compete for our attention. Indeed, recent research tells us that the typical human attention span has dropped to eight seconds – shrinking nearly 25% in just a few years. [ii]

When we don’t listen well, we make mistakes, people go unheard and relationships suffer. But good listening involves much more than just our ears.

In his book The Gospel of the Heart, Flor McCarthy says that it’s only with the heart that we can hear rightly. ‘The cry of a needy person may reach our ears,’ he says, ‘but unless it reaches our heart, we won’t feel that person’s pain, and it’s unlikely that we’ll respond.’

He also says that it’s only with the heart that we can speak rightly, ‘For our words to ring true, they must come from the heart. If our words come only from our lips, they’ll sound hollow and they’ll have little effect. They’ll be like a wind ruffling the surface of the water but leaving the depths untouched.’ [iii]

In today’s Gospel, a deaf man who can’t speak properly is brought to Jesus for healing. Jesus takes him aside, touches his ears and tongue, and says, ‘Be opened!’ Miraculously, the man’s ears open up and he’s given a voice.

This event marks the fulfilment of Isaiah’s grand vision in today’s first reading, where he prophesies a Messiah who will come to heal the deaf, to give voice to the silent, and to let the lame leap like a deer.

You might not remember it, but at your own baptism, the minister touched your ear and mouth, and said, ‘The Lord Jesus made the deaf hear and the dumb speak. May he soon touch your ears to receive his word and your mouth to proclaim his faith, to the praise and glory of God the Father’.

But fundamental to all this is listening with the heart. The Curé of Ars, St John Vianney, used to tell the story of an old man who sat in church for hours on end. One day, a priest asked him if God ever said anything to him.

‘Well then, what do you spend all this time talking about?’

One day, the chaplain asked a Greek Orthodox priest to come and talk to the man, because he hadn’t spoken Greek for years. The priest returned from the visit saying, ‘What’s he doing here? He’s as healthy as we are.’

Bit by bit, the story unfolded.

The Greek had jumped ship long before in a nearby port. Speaking no English, he’d got into trouble and as mistakes sometimes happen, he was locked up in an institution. There he slowly learned English, but from the other patients.

Certain language misuse is typical of some psychiatric disorders, and the poor man had learnt totally schizophrenic English. To the hospital staff, he sounded unwell and as removed from reality as the other patients. The priest, however, spoke to him in Greek, the first time anyone had done that to him there, and he spoke perfectly. The staff were humbled by the experience.[v]