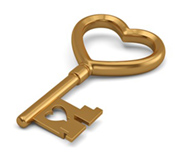 On the Messianic Secret

Quite often in the Gospels, Jesus warns people not to tell anyone who he is. He does this after healing two blind men (Mt.9:30), after healing a leper (Mk.1:43-44), and after his Transfiguration (Mk.9:9).

He said it after healing the deaf man in last week’s Gospel (Mk.7.36).

And in today’s Gospel, near Caesarea Philippi, Jesus asks his disciples, ‘Who do people say that I am?’

They answer, ‘John the Baptist, Elijah or one of the prophets.’

Then Jesus asks, ‘But who do you say that I am?’

Peter replies, ‘You are the Messiah.’

This is the first time anyone in the Gospels gets Jesus’ identity right. But, once again, he warns them not to tell anyone.

Why is Jesus so secretive about his identity?

It’s because his followers still don’t fully understand who he is.

For centuries, the Jewish people had been expecting a great Messiah – a mighty political, military and religious leader – to come and save Israel from its enemies and to restore the glorious days of King David. This is what Peter has been expecting. He’s anticipating earthly glory, worldly triumph, and a man so strong, powerful and attractive that everyone would have to fall at his feet. [i]

But that’s all wrong. Jesus isn’t that kind of Messiah, and he doesn’t want anyone following him for the wrong reasons. And he certainly doesn’t want to be forced into political leadership, attracting the wrath of the Roman authorities. That would cut his mission short.

So, Jesus tries to stop the talk and to explain who he really is. He tells his disciples that he’s destined to endure suffering, rejection and death before rising again. But Peter objects – that can’t be right. Then Jesus gets angry with him: ‘Get behind me Satan! ’ he says, ‘the way you think isn’t God’s way, it’s man’s.’

This moment represents a turning point in Mark’s Gospel. At the outset, Mark clearly states that Jesus is the son of God (Mk.1:1). At the end, the Roman centurion stands at the Cross, saying, ‘Surely this man was the Son of God’ (Mk.15:39). And in between, Mark records miracle after miracle, but the disciples struggle to grasp who Jesus is. It’s only after the resurrection that they really get it.

In his book, Once Upon a Gospel, William Bausch says that in every era, people have tended to see Jesus in their own image and likeness. Some have seen him as a fearsome deity like Zeus, waiting to hurl lightning bolts. Others have seen him as a manicured man hanging from a $22,000 gold cross from Tiffany.

Jesus has also been seen as a revolutionary Jewish Che Guevara. A capitalist. A philosopher. A social worker. A Hollywood idol. And the Lone Ranger riding in to save us from danger.

Today, many people still project themselves onto Jesus, and now see him as Jesus Lite. He’s our buddy, the friend who gives us the thumbs up and winks. He’s sweet, non-judgmental, a ‘live-and-let-live’ kind of guy. A pussycat. A heck of a nice fellow, but not one who, in the long run, inspires you and certainly not someone you’d die for – or live for, for that matter.

Quoting from recent research, Bausch notes the prevailing view of many young people today: ‘Well, it really doesn’t matter. Everyone goes to heaven when they die. Jesus forgives everything we do in the end.’

The problem with this colourless Jesus, Bausch says, is that he doesn’t exist in the Gospels. These people seem never to have heard Jesus telling stories about destroying nasty tenants (Mk.12:9), daring that unbelievers will have to endure God’s wrath (Jn.3:36) and that he has come to set son against father and daughter against mother (Mt.10:34-35). This so-called sweet Jesus calls his opponents liars (Jn.8:55), and has a sustained role as a terrible judge in the Book of Revelation (1:13-14; 1:16; 19:15; 19:17-18).

The real Jesus of the Gospels is countercultural. He’s brave, strong and determined – or he’d never have endured his excruciating passion and death.

Today, there’s no more need for the Messianic Secret. The truth about Jesus is available to us all.

But, like Peter, we need to drop the world’s false ideas about Jesus.

We need to recognise that he’s the humble and self-sacrificing Son of God, calling us to pick up our Cross and follow him towards eternal life.