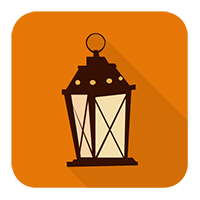 On Darkness and Light

In the ‘olden days’, the good guys in cowboy films often wore white hats, while the baddies wore black hats. [i] Do you remember that?

Film-makers, writers and artists have long used darkness and light as symbols in storytelling. They’ve used light and white to convey positive things like joy, hope and life, and darkness to signal bad things like fear, evil and death.

We can see this in the Lord of the Rings movies, where the good wizard Gandalf usually wears startling white, while his nemesis, the dark lord Sauron, appears in threatening shades of black and grey.

This theme of darkness and light is present all through the Bible, as it records the universal struggle between goodness and evil. Indeed, the Old Testament begins in darkness, when God creates light and calls it good (Gen.1:4). And in the New Testament, Jesus says, ‘I am the light of the world. Whoever follows me will not walk in darkness’ (Jn.8:12).

So many biblical stories mirror this model of light following darkness. Joseph, for example, is locked in a dungeon before Pharaoh calls him to public service (Gen.41:14). Jonah is trapped in the dark belly of a whale before he’s freed to become God’s messenger (Jon.1-4). Daniel is locked in a dingy lions’ den when he discovers God’s power and becomes an evangelist (Dan.6).

Lazarus is dead and buried before Jesus gives him new life (Jn.11:38-44). St Paul is blinded before becoming an apostle (Acts 9:1-19). And of course, Jesus dies and is buried before his dramatic resurrection to new life.

This light-after-darkness pattern is also reflected in today’s readings. In our first reading, the Jewish people have been living in exile in Babylon for many years, until the Persian king Cyrus allows them to return home to resume their lives.

And in today’s Gospel, Nicodemus, a wealthy Pharisee, wants to meet Jesus. However, it’s dangerous to be seen talking to him, so they meet under cover of darkness.

There they discuss faith and divine power, and Jesus explains that his incarnation is a sign of God’s profound love for the world.

He puts it this way: ‘For God so loved the world that he gave his only Son, so that everyone who believes in him might not perish but might have eternal life (Jn.3:16).’ This one sentence summarises the whole Bible.

Nicodemus emerges from that dark place a changed man. He has been touched by the light of Christ and he’s on the road to conversion.

Later in John’s Gospel, Nicodemus reminds the Jewish leaders that Jesus is owed a fair hearing (Jn.7:50-52). And after the crucifixion, Nicodemus helps Joseph of Arimathea prepare Jesus’ body for burial and he donates some very expensive aloes and myrrh (Jn.19:38-42).

Darkness is a natural feature of life. It comes in many forms, from the simple absence of light through to the deepest pain and anguish. Some people try to avoid it altogether, while others try to hide it under a mask.

The British writer HG Wells lived in London during WWII. One evening during the Blitz, a friend found him outside shaking with fear. ‘It’s not the bombs,’ Wells said. ‘It’s the dark. I’ve been afraid of darkness all my life.’

And yet, Kahlil Gibran wrote that the only way to reach the dawn is by the path of night. Everything, from creation and pregnancy to new ideas, begins in darkness. It’s just a question of how you react to it.

The Spanish mystic St John of the Cross (1542-91) was imprisoned for nine months in a tiny, dark and windowless cell in Toledo. The heat, the cold and the hunger were unbearable, but he didn’t become bitter. Instead, he used his time writing poems, including his most famous works, The Spiritual Canticle and Dark Night of the Soul.

In Dark Night of the Soul, St John explains the steps involved in the journey of the soul from its bodily home to union with God. He calls it The Dark Night because of the difficulty we so often have in letting go of our worldly attachments. It’s not easy burning away our faults and imperfections.

After escaping from prison, St John said he was forever grateful to his captors. He had learnt that darkness is a gift; it’s an invitation to new life.

He had learnt the truth of Jesus’ promise: ‘I am the light of the world. Whoever follows me will not walk in darkness’ (Jn.8:12).