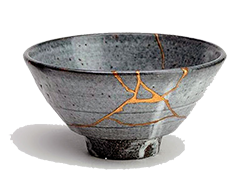 On the Paschal Mystery

In 1963, when he was only 21, Stephen Hawking learnt that he had Lou Gehrig’s disease. The nerves controlling his muscles were dying and his doctors gave him just over two years to live. He was shattered.

He thought his life was over, but he was wrong. He became a professor of physics and mathematics and he wrote 15 books.  He died 3 years ago, aged 76.

Hawking said that before his diagnosis he wasn’t much of a student; he’d been bored with life. But when he learnt that his life would be cut short, he worked hard to complete his research into black holes. [i]

Ron Rolheiser tells us that there are two kinds of death.  There’s terminal death, which represents the end of life and the end of all possibilities.

And there’s paschal death, which is real death because something precious dies. It ends one kind of life, but it’s followed by a new, deeper and richer experience of life. [ii]

Paschal death is what Stephen Hawking had experienced as a young man.

Sometimes something in us has to die, before another part of us can flourish.

That’s the paschal mystery, and Jesus talks about it in today’s Gospel. He’s in Jerusalem for the Passover festival, talking to some Greek pilgrims. He says, ‘Unless a grain of wheat falls to the ground and dies, it remains just a single grain; but if it dies it yields a rich harvest.’

What Jesus is saying is that if we want to live fulfilling lives, then we must be prepared to let go. We need to surrender ourselves to God, and allow him to work through us. Like grains of wheat, we must let our shells break open and expose our interior lives to God’s transforming grace.

Jesus says that when we die to ourselves and let God work through us, we’ll start producing a bountiful harvest of fruit.

So, what part of us needs to die? It’s anything that keeps us away from God’s creative spirit. Anything, like our pride, our selfishness, our unhealthy obsessions and our fear. These things stop us from growing.

This paschal mystery is the rhythm of life, and it’s all around us. It’s in every sunrise and in every spring. It’s in the green shoots after every bushfire. It’s in the start of every new career, and whenever a broken heart finds new love.

It’s also in the story of Jean Valjean in Les Miserables. His tragic life is transformed by a bishop’s surprising gift. And Oskar Schindler, the Nazi who discovers his soul and sacrifices everything he has to save 1,200 Jews.

But the greatest paschal mystery of all is Jesus Christ himself. He is crucified, dies and is buried, and rises again to new life.

And it’s not only Jesus who is given new life; so are Mary and all the disciples who witness his resurrection, and everyone else who has followed Jesus ever since.

This is the joy of Easter: it’s the start of new life.

Henri Nouwen wrote that we are the people of the resurrection, living our lives with great vision that transforms us as we are living it. [iii]

Every now and then, something in our own lives dies and we’re left feeling shattered. But that’s never the end of the story.

He sent it away to be repaired, but it came back full of ugly metal staples. He was disappointed, and asked a craftsman for a more elegant solution.

This craftsman tried a new technique, mending every crack with a resin mixed with gold. The shogun was delighted. Streaks of gold ran through his tea bowl, telling the story of what had happened and adding to its beauty and value.

They call this method Kintsugi, which means ‘golden seam’. It reflects the Japanese philosophy that an object’s value is not in its outward beauty, but in its imperfections and the story behind them. Every repaired piece is unique and its history is something to celebrate, not hide.

The art of Kintsugi shows us that there is both beauty and value in brokenness. [iv]

By God’s grace we are healed and restored to new life. Our faith in the resurrection is the gold that not only binds us back together, but gives us even more life, depth and meaning.

That is the paschal mystery.