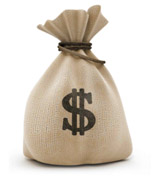 On the Rich Fool

Years ago I knew a man who looked so poor that everyone felt sorry for him.  But when he died we discovered that he was actually fabulously rich; indeed, he was the largest private shareholder in a major Australian bank. But he wouldn’t spend a cent.  Why?

In today’s Gospel, Jesus warns a crowd of followers about the dangers of greed.  A man calls out to him, ‘Master, tell my brother to give me a share of our inheritance’. In those days, Jewish law said that on a father’s death, the elder son should receive 2/3 of any inheritance, and the younger son 1/3.  So it was probably the younger son calling out, but in any case he seems more interested in money than his father or his brotherly relationship.

Jesus replies by telling the story of a rich man who’d had a great harvest and decided to build bigger barns to hold his new treasure.  And he planned to spend it on a life of leisure and pleasure.

Now, many people today would admire this man; they’d envy his success.  Yet Jesus calls him a fool.  Why?  Here are three reasons:

Firstly, he thought these riches were his.  But God doesn’t bless us with riches so that we can be selfish.  The truth is that everything comes from God, and God wants us to use what we have wisely, to benefit others as well as our families and ourselves.

Secondly, that man’s barns were full, but his heart was empty.  The only thing he cared about was money and the pleasure it gave him.

And finally, he forgot about time.  He died soon afterwards and had nothing to show for his life before God.

When we think about it, this Parable of the Rich Fool isn’t about money at all.  It’s about our values and how we live our lives.  Having money and worldly comforts isn’t wrong, but what is wrong is being self-centred about them, and not using them for the greater good.

In his book ‘The Gospel of the Heart’ (2005) Flor McCarthy reminds us that Jesus wants us to be rich in the sight of God, instead of storing up treasure for ourselves.  He says that what makes us rich before God is not what we own, but what we are.

And how do we measure what we are?  ‘By looking at the heart’, he says, for ‘We are what the heart is’.

Deep down, we all recognise the beauty and wonder of a noble and generous heart.  But sadly it’s not something our world encourages.

In 1945 John Steinbeck wrote a book called Cannery Row, set in a Californian fishing town.  He wrote, ‘It has always been strange to me, but the things we most admire in people – kindness, generosity, openness, honesty, understanding and feeling – are associated with failure in our system.  And those traits we detest – sharpness, greed, acquisitiveness, meanness, egotism and self-interest – are the traits of success.  And while (people) admire the quality of the first, they love the produce of the second.’

Our society encourages us to do the wrong thing.  It urges us to be greedy and selfish.  It thinks that the more we have the happier we’ll be.  But we know that’s not true, for great wealth often comes with a great sense of emptiness.  And we know that whatever we have can never last.

Many people today turn to things like yoga, self-help gurus and ‘feel-good’ seminars to fill that void, while others seek distractions like entertainment, alcohol and drugs.

But we should ask ourselves, ‘How does it profit a man if he gains the whole world, but loses his own soul?’ (Mt.16:26).

When we die, our wealth, our honours and our fame are meaningless.  What we are, however, lasts forever.  The only riches worth accumulating are the riches of the heart.  These are the only things that truly bring satisfaction, and the only things we take to the next life.

Let me close with a story.  A wealthy English nobleman once gave his jester a wand.  He said, ‘Keep this wand until you find a greater fool than yourself’.  The jester laughed and accepted the wand, and he used it on festive occasions.

One day, the nobleman lay dying.  He called his jester to his bedside and said, ‘I’m going on a long journey’. ‘Where to?’ asked the jester.

‘What preparations have you made for the trip?’ the jester asked.  The nobleman shrugged, ‘None at all’.