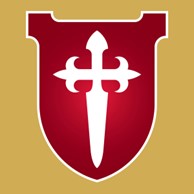 ‘Love your enemies,’ Jesus says, ‘and bless those who persecute you.’ So why today is he telling us to hate our family?

It’s because Jesus’ language, Aramaic, didn’t have a word for prefer. The Jesuit author Brendan Byrne says that in Aramaic, if you preferred one thing over another, you’d say you ‘loved’ one thing, but ‘hated’ the other. But this doesn’t mean ‘hate’ as we mean it today. It means putting God first and loving other things less.

Bill Bausch says that this is an example of ancient, non-literal Jewish talk, the kind of exaggeration a first-century Jew would use to press a deeper point. It’s similar to something else Jesus says: ‘If your hand causes you to sin, cut it off and throw it away. If your eye is a source of scandal, pluck it out’ (Mt.18:8-9). [i]

So, Jesus isn’t speaking literally. Rather, he’s giving us a wake-up call.

What, then, is Jesus saying? He’s reminding us that we must always put God first. And he’s warning us that putting God first has practical implications for our daily lives.

This is what Margaret Middleton learnt in 16th Century England. She was born into a Church of England family in York, and at 15 she married a butcher, John Clitherow. She took his surname and three years later, perhaps influenced by her brother-in-law who became a Catholic priest, she became a Catholic.

Margaret Clitherow took her faith seriously; it influenced every aspect of her life. She loved her husband and was keen to be a good wife and mother, but she always put God first.

This meant that she had to break the law, because it was illegal then to be Catholic in England. With her husband’s support, she hid priests in her home and she allowed them to say Mass there. She taught herself to read and write, and she ran a small school for children, including her own, where she taught the Catholic faith.

She was often gaoled in York Castle for not attending mandatory Anglican church services, and she prayed at the nearby gallows where Catholic martyrs died. She was deeply moved by those who willingly suffered and died for their faith.

In 1586 the secret hiding places in her home were discovered, and she was arrested. To protect her children, Margaret refused to speak to her accusers, and at the age of 33 she was punished by being crushed to death.

Margaret Clitherow’s daughter Anne was gaoled for four years for refusing to attend a Church of England service, and she later became a nun in Belgium. Margaret’s sons Henry and William also became priests. [ii] [iii]

They all put God first, and accepted the harsh consequences.

Consider also the story of Robert Mansfield in Alan Paton’s book, Cry, the Beloved Country. He was the white headmaster of a white school in South Africa who took his cricket and hockey teams to play against black schools.

When the Education Department stopped that, he resigned in protest.  Shortly afterwards, Emmanuel Nene, a leader in the black community, came to meet him. He said, ‘I’ve come to meet a man who resigns his job because he doesn’t wish to obey an order that will prevent children from playing with one another.’

Mansfield said, ‘I resigned because I think it’s time to go out and fight everything that separates people from one another. Do I look like a knight in shining armour?’

‘Yes, you look like a knight in shining armour,’ Nene replied. ‘But you are going to get wounded. Do you know that?’

‘I expect that may happen,’ Mansfield replied.

‘Well,’ said Nene, ‘you expect correctly. People don’t like what you are doing, but I’m thinking of joining you in the battle.’

‘You’re going to wear the shining armour, too?’ Mansfield asked.

‘Yes, and I’m going to get wounded, too. Not only by the government, but also by my own people as well.’

‘Aren’t you worried about the wounds?’ Mansfield asked.

‘Don’t worry about the wounds,’ said Nene. ‘When I get up there, which is my intention, the Big Judge will say to me, “Where are your wounds?” and if I say, “I haven’t any”, he’ll say “Was there nothing to fight for?” I couldn’t face that question.’ [iv]

Putting God first isn’t easy these days. There’s so much pressure on us to do anything but that.

But when you get to heaven and God asks to see your wounds, what will you show him?

And what will you say you fought for?