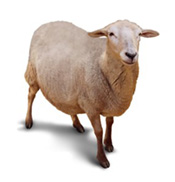 Someone once asked me, ‘Isn’t it wrong for Jesus to leave 99 sheep, to search for just one? Shouldn’t he have stayed with the 99?’

John Pilch offers us one answer in his book, The Cultural World of Jesus. He says that in Jesus’ day, even one sheep was valuable because each family only had about 40 sheep. So, if there were 100 sheep, there must have been more than one flock, and more than one shepherd. The 99 therefore were not left unattended. [i]

St Teresa of Kolkata gives us another answer. For her, the lost sheep were the desperately poor people she rescued from the most awful of situations. Like the old woman she once found, dumped in a garbage bin.

Some people criticised her for her work. They said she should not have worried about a few lost sheep. Instead, she should have cared for the rest of the flock – ‘the 99’. One man, for example, said she should have taught hungry people how to fish, rather than just giving a few people something to eat.

But Mother Teresa said that’s not what God wanted her to do. She said, ‘The people I serve are helpless. They cannot stand. They cannot hold the rod. They are the lepers, the dying, the mentally ill. When they’re strong enough, someone else can teach them how to fish’.

One by one, over almost 50 years, she rescued many thousands of lost sheep.  Other shepherds, she said, could look after the rest of the flock.

In Luke’s Gospel today, Jesus reminds us that many people are lost – they’re wounded, broken and fearful. Jesus wants to bring them his love and healing.

He gives us three parables, each presenting God the Father in a different way.

First, he’s the humble and caring shepherd who drops everything to find his lost sheep. Then he’s the sensible woman who carefully searches for her lost coin. And finally he’s the gentle, loving Father who waits patiently for his wayward son to return home.

The Pharisees thought that looking for a lost sheep was a complete waste of time. But Jesus makes it clear that every lost sheep – every person, no matter how poor, pitiful or sinful – is a treasure.

God doesn’t limit his mercy to only a special few.  God is always patient, always loving and always forgiving. He wants us all to come home to him, regardless of the shape we’re in.

The Pharisees also used to say that heaven will rejoice when one sinner is obliterated. But Jesus doesn’t agree. In his first two parables today, he says the shepherd and the woman rejoice when they find their lost sheep and coin. In his third parable, the father has a great feast for his returning son.

in other words, God celebrates when we return to him.

Adolfo Quezada, in his book Radical Love, writes about Jesus’ extraordinary compassion for the lost, and he reminds us that we should all be filled with that same radical love.

He says that it’s not simply a matter of us deciding ‘what’s the loving thing to do?’ when someone needs help. Rather, each of us needs to be so filled with God’s love that we instinctively know what to do.

He says that when we’re united with God in prayer, our faith will inspire our actions, and our work will naturally be filled with love.

Quezada says that radical love demands that we use our gifts to reach out to those who suffer. We must allow the power of love to work through us to soothe their wounds, to mend their broken hearts and to give them a sense of belonging. [ii]

Let’s close with a story. In rural Ireland, Flor McCarthy went for a walk one day. Near a worker’s hut, he heard a sheep cry. He looked for the animal and found it stuck in a deep, muddy ditch.

He couldn’t let it die, so he tried to save it without falling into the hole himself. He found a spade inside the hut, and used it to cut steps into the bank of peat. He reached the sheep and slowly pulled it out.

Walking home, he thought about this experience. He stopped thinking about the trouble the sheep had caused, and started feeling joy for the life he’d saved.

He also thought about the sheep’s cry, for without it, he would never have known it was trapped. And he thought, it’s not only sheep that fall into holes. People do, too. But they’re not as smart as sheep, because they’re often too ashamed to cry or ask for help. [iii]

But let’s remember: those most in need of our help don’t always cry or ask for help.