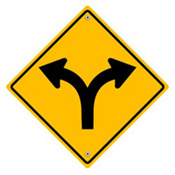 The Parable of the Dishonest Steward

Do you remember Aesop’s fables? Aesop was a legendary storyteller in Ancient Greece. No-one’s quite sure whether he was a former slave or actually more than one person, but hundreds of stories are ascribed to him, and each offers a lesson in morality. Here’s one:

At the peace conference after the war, the birds and the beasts called the bat a hypocrite. As punishment, they banished the bats, and ever since then bats have always hidden themselves in the daytime and only fly at night [i]

The moral to this story is that you cannot commit to two opposing priorities at once. Or as Jesus tells us, you cannot serve two masters.

This is what Jesus is saying in his Parable of the Dishonest Steward in today’s Gospel. A landowner sacks his steward (his estate manager) for handling his property dishonestly. We don’t know what he did wrong, but it’s clear that he not only served his employer; he also looked after himself, and was caught.

In those days, stewards had the right to charge a commission on every transaction they handled for their employer.  But just before leaving his job, the steward decides to call in his master’s debtors. He offers to reduce their debts, probably by deleting his commission from their contracts.

He’s taking a loss, but he’s also securing his own future by earning goodwill. The customers are delighted to have their debts reduced, and his former master is pleased to see his customers so happy. He praises the steward for being shrewd.

Many people find this story puzzling; they think Jesus is praising dishonest behaviour, but he’s not. Like all parables, this one is meant to surprise us and make us think.

To begin with, this story encourages us to be wise in the way we use our resources, because when our time is up, we cannot take anything with us. In other words, we must use whatever we have to help those who are struggling.

In this parable, the steward’s time is up and he’s using what’s left of his important position to help those in need. He does something significant.

As Jesus says, ‘I tell you, use worldly wealth to gain friends for yourselves so that when it’s gone, you’ll be welcomed into eternal dwellings.’ This is similar to Jesus’ teaching in his Sermon on the Mount where he tells us to store up our treasure in heaven (Mt.6:19-21).

This parable reminds us that there are two worlds: our earthly, day-to-day life, and the kingdom of God. So many people today focus only on the first, and they completely ignore the second.

They invest enormous amounts of time and energy into ensuring their worldly success and comfort, but they spend almost no time at all on preparing their souls for eternal life.

They might call themselves Christian, but in truth they are slaves to their worldly obsessions. This is why Jesus reminds us, ‘no servant can serve two masters… You cannot serve both God and money.’

If we seriously care about our souls and allow God to be our master, then we’ll use what we have to please him. Like the steward in today’s parable, we’ll do what we can to help others, and in the process we’ll store up treasure in heaven.

As Jewish rabbis used to say: ‘The rich help the poor in this world, but the poor help the rich in the world to come’. [ii]

Let’s close with the story of Cardinal Wolsey (1475-1530). He was a great achiever who rose from humble beginnings to be Lord Chancellor of England, one of the most powerful positions in the country. He owed it all to his lord and master, King Henry VIII, to whom he was completely loyal.

In the end, however, he fell out of favour with Henry, and he finished up back where he started. At the end of his life, he uttered these memorable words: ‘Would that I had served my God but half as well as I served my king.’ [iii]

Wolsey’s mistake was that he gave absolute priority to serving King Henry. We can learn from him.

There are two worlds, but only one will last forever.