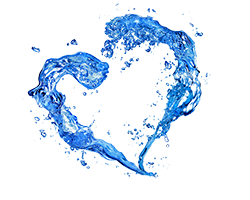 On a Drop in the Ocean

We often hear about God’s grace and mercy. But what do these two words – mercy and grace – actually mean?

In his book From Superficial to Significant, David Chadwick answers this question in a story about his son. He once asked the boy to do something, but he refused: ‘I won’t do it!’ Chadwick asked him again, but he still wouldn’t budge, so he sent him to his room.

Later, Chadwick went to talk with him. The boy looked up tearfully and begged not to be punished. He didn’t want to receive what he knew he deserved.

Chadwick’s heart was deeply moved by his son’s contrition. He didn’t punish him. Instead, he hugged him and asked if he knew what he’d done wrong. The boy nodded yes, and asked for forgiveness.

Chadwick forgave his son. That was mercy: he didn’t give him what he deserved.

But he also took his son out for ice cream. That was grace, because he gave him what he didn’t deserve. [i]

Max Lucado has a shorter explanation for mercy and grace. Mercy, he says, gave the Prodigal Son a second chance. But grace gave him a feast (Lk.15:11-32).

In John’s Gospel today, the fearful disciples are in the Upper Room, fully aware that only two days before they had betrayed and abandoned Jesus. Then Jesus enters the room saying, ‘Peace be with you’. They are stunned, so he says it again, ‘Peace be with you.’

There’s no blame or retribution; only mercy and love.

Then Jesus gives them a remarkable grace. He says, ‘As the Father sent me, so I am sending you.’ Instead of punishing his disciples, Jesus commissions them to share his merciful love with all the world. ‘Receive the Holy Spirit,’ he says. ‘Whose sins you forgive are forgiven them, and whose sins you retain are retained.’

With these words, Jesus gives his disciples the power to forgive sins. He creates a way for everyone – everyone, including you and me – to leave our sins behind and start afresh.

In 1931, Jesus appeared to a humble nun, Sr Maria Faustina Kowalska, in Poland. He was concerned that too many people are unaware of God’s loving heart, and in several visits until her death in 1938, he revealed to her the secrets of his Divine Mercy.

Jesus said that he will pour out a whole ocean of graces upon those souls who approach him for mercy.

The soul that goes to Confession and receives Holy Communion, he said, will receive complete forgiveness of sins and punishment. And this mercy is available even to the greatest sinners.

Jesus also asked for an image to be painted of him wearing white with rays of red and white coming from his heart. And he said that that he wanted the Sunday after Easter to be celebrated as the Feast of his Divine Mercy. [ii]

In the year 2000, Pope St John Paul II canonised Sr Faustina and established this special feast day, which we celebrate today. On that day he said: ‘Today my joy is truly great in presenting the life and witness of Sr Faustina to the whole Church as a gift of God for our time. By divine providence, the life of this humble daughter of Poland was completely linked with the history of the twentieth century … In fact, it was between the First and Second World Wars that Christ entrusted his message of mercy to her.

‘Those who were witnesses and participants in the events of those years and the horrible sufferings they caused for millions of people will know well how necessary was this message of mercy,’ he said. [iii]

She loved going to the beach, and although she wore leg braces, she liked getting close to the surf. One day, on a beach in California, a large wave came in and wet her shoes. Then she heard a voice, saying: ‘Angelica, that drop represents all your sins, all your imperfections and all your frailties. Throw it in the ocean’.

She threw it back, and then she heard the Lord say: ‘The ocean is my mercy. If you looked for that drop, would you ever find it?’

Mother Angelica often told people that their sins are like that drop in the ocean.

‘Every day, every minute of the day,’ she said, ‘throw your drop in the ocean of his mercy. Then, don’t worry, just try harder.’