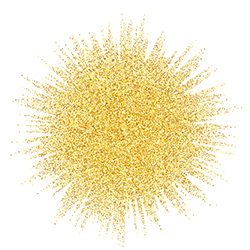 On the Life of Stardust

Christ is Risen! Hallelujah! This is our song of joy; the foundation of our faith. But how can we be sure that Jesus is risen?

Let’s start with history, and then we’ll look at the science.

It’s important to remember that the Gospels and Epistles aren’t myths. They’re actually historical and eyewitness accounts of Jesus’ life and resurrection (2Pet.1:16).

All four Gospels record that women were the first to witness Jesus’ empty tomb. This is significant, because in ancient times it was illegal for women to witness anything official. If the resurrection had been faked, women would never have been mentioned.

It’s also significant that Jesus’ linen wrappings were left in his tomb. If his body had been stolen, the bandages would have gone with him.

St Paul tells us that after his resurrection, Jesus appeared to over five hundred men and women on one occasion (1Cor.15:6), and over a period of forty days he appeared to many other people as well (Acts:1:3). We also know that Jesus’ resurrected body was touched at least three times (Mt.28:9; Jn.20:17, 27).

And Luke tells us that after walking to Emmaus, Jesus said to his disciples: ‘Look at my hands and my feet. It’s me! Touch me and see; a ghost doesn’t have flesh and bones like this’ (Lk. 24:39).

But what’s truly profound is the way the disciples’ behaviour changed. When Jesus was arrested, they were terrified and went into hiding. But after his resurrection, they changed completely. They came out of hiding and started preaching with incredible courage and passion.

Within 20 years Christianity grew explosively. It spread to Rome and eventually became the official religion of the Roman empire, despite constant persecution from both the Jewish and Roman leaders. [i]

The philosopher and theologian Peter Kreeft was once asked: ‘If Jesus didn’t rise from the dead, who started the resurrection myth and what profit did the liars get out of their lie?’

This was his answer: ‘I’ll tell you what they got out of it. They got mocked, hated, sneered and jeered at, exiled, deprived of property and reputation and rights, imprisoned, whipped, tortured, clubbed to a pulp, beheaded, crucified, boiled in oil, sawed in pieces, fed to lions and cut to ribbons by gladiators.’

‘If the miracle of the Resurrection didn’t happen,’ he said, ‘then an even more incredible miracle happened: twelve Jewish fishermen invented the world’s biggest lie for no reason at all, and died for it with joy, as did millions of others.’ [ii]

Now, let’s briefly consider the science of the resurrection.

In 2016, Jesus’ tomb inside the Basilica of the Holy Sepulchre in Jerusalem was opened for restoration. When scientists reached the ‘slab of anointing’, their Geiger counters went berserk and other technical instruments died.

They had been affected by very strong electromagnetic disturbances, which some scientists have connected to Jesus’ image on the Shroud of Turin. [iii] [iv]

And here’s one final insight: the Franciscan theologian Richard Rohr tells us that science is helping us understand that the mystery of the resurrection is the constant pattern of the universe. Things are always changing; nothing stays the same for ever.

Did you know that there’s the same number of atoms in the universe today that there were five seconds after the Big Bang happened some 13.8 billion years ago? Rohr says that these atoms just ‘keep playing musical chairs and by all evidence — at ever higher levels of complexity and consciousness’. For example, 98% of our bodies’ atoms are replaced every year, and geologists know that no landscape is permanent.

‘It’s not poetry to say we were all once stardust,’ Rohr says, ‘and what we are yet to be is the good surprise, the gift and pure grace of God.’

But, he says, God couldn’t wait for modern science to teach us that resurrection is a fact of life. People just needed to believe that Jesus ‘was raised from the dead’ so that the hope and possibility of resurrection could be planted in us.

His point is that Jesus’ life, death and resurrection reflect the whole pattern of creation. Jesus is the microcosm for the entire cosmos; the map for our journey.

Jesus’ resurrection wasn’t a one-off event. It’s happening inside us and outside us, all the time. God’s creation is constantly being made and re-made, whether we notice it or not.

Rohr says that anyone who holds any kind of unexplainable hope believes in resurrection, whether they are Christians or not. And the material resurrection of Jesus affirms what the whole physical and biological universe is saying to us: that everything is always changing.

‘The resurrection, therefore, is more than a mere spiritual belief. It must also be a material belief.’

So, let’s remember: Easter isn’t just one day. Easter is happening every day and everywhere! [v]