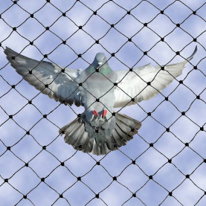 On Leaving Our Nets Behind

King Herod Antipas, who ruled Galilee, was ruthless.  He thought that John the Baptist was a threat to his power because he was so popular.  So he had him gaoled. [i]

Jesus grieves when he hears this.  John is his cousin, and he’s done a great job giving hope to so many people who have lived in darkness and despair under the Romans.  But now that John’s voice has been silenced, Jesus must take over.  It’s his turn to start proclaiming the kingdom of God.

Jesus knows this is a huge task, so he starts looking for help.  He isn’t looking for prominent or well-educated disciples, however.  He wants ordinary people living ordinary lives, and he’s going to invite them to do extraordinary things.

Near Capernaum, by the Sea of Galilee, he sees two sets of brothers: Peter and Andrew, and James and John – all fishermen.  Jesus says, ‘come follow me; I will make you fishers of men’.  They all promptly drop their nets and follow him.

Now, why do these fishermen so quickly agree to leave their nets behind?  It’s because they already know Jesus. They’ve been following John the Baptist and they’ve started to believe in Jesus as the Messiah. [ii] They’re ready for a change.

So these first disciples drop their nets. They walk away from the safety and security of their jobs and homes, and they start living new lives.

Today, Jesus is calling us to do the same.  Not necessarily to leave our jobs and homes, of course, but he does want us to follow him.  In fact, he’s constantly calling on us to do this through the ordinary events of our daily lives.  And if we’re interested, we must be prepared to let go of anything that gets in the way.

Sometimes, to move forward, we have to take a step back.

Everyone who wants to follow Jesus has to leave something behind.  You can’t live a new life by hanging on to the old one.  This letting go is sometimes called Detachment.

Detachment doesn’t mean withdrawing totally from the world, because God loves our world and Jesus wants to heal it (Jn.3:16).  But before we can help Jesus make this world a better place, we must first change ourselves.

We want all the benefits of God – the peace, the forgiveness, the growth in grace, and the sense of belonging to a spiritual community, but we don’t want to give up the nets, the entanglements that trap us, that hold us back… These are the people, the relationships and the obsessions that separate us from Christ.

‘We don’t want to give up gossiping, cutting corners, wrong relationships, immoral behaviour, habits of arrogance, rash judgments or addictions.  So we try to have it both ways, but we can’t.  Those nets weigh us down and hold us tight.’

All these entanglements distort our soul and mind and heart and keep us away from Jesus. [iii]

St. John of the Cross tells us that a bird tied down to earth can’t fly; it doesn’t matter if it’s tied with a thread or a rope.  An attachment is still an attachment, no matter how great or how small. Some are greater than others, but they all impede our progress.

So, if we want this new life, where do we start?  We should start with our minds.  Everything in us begins with the way we think.  There’s a wise maxim that says:

So, begin by praying to Jesus, asking him to help you.  Ask him to help you identify the things that are holding you back; the things you really need to let go.  Tell Jesus that you accept his call, and that you want to become a good disciple.

Tell him that you’re serious about changing your life for the better.

What nets are you trapped in?