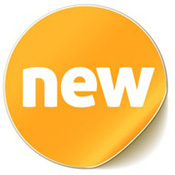 Is it possible to let go of the past and start again?

Let’s consider the story of Corrie Ten Boom. During WWII, in the Netherlands, she and her family hid Jews in their home. But the Nazis caught them and sent them to a concentration camp where they suffered terribly. Only Corrie survived the ordeal.

After the war, she travelled Europe, telling others about her faith. In 1947, while speaking about forgiveness in a church in Munich, she noticed a bald man near the door. She froze. He was the cruellest of the guards from that concentration camp.

After her talk, he came up to shake her hand. ‘Thanks for your message,’ he said, ‘It’s wonderful to know that all our sins are at the bottom of the sea!’

She had been talking about forgiveness, but she despised this man. She couldn’t shake his hand or forgive him.

Then she realized he couldn’t have recognised her; that camp had thousands of prisoners.

‘You mentioned Ravensbruck,’ he said, his hand still extended. ‘I was a guard there. I’m ashamed to admit it … But since then, I’ve come to know Jesus. It’s been hard to forgive myself for all the cruel things I did, but I know God has forgiven me. And please, I’d like to hear you say that God has forgiven me.’

In her book, The Hiding Place, she wrote: ‘I stood there, I whose sins had been forgiven again and again, and couldn’t forgive. It was only for a few seconds that he stood there with his hand held out, but it seemed like hours as I wrestled with the hardest thing I’d ever had to do. For I had to do it. I knew that. It was as simple and as horrible as that. And still I stood there with coldness clutching my heart. And so, woodenly, mechanically, I thrust my hand into the one stretched out towards me.’

‘And as I did, an incredible thing happened. The current started in my shoulder, raced down my arm, and sprang into our joined hands. And then this healing warmth seemed to flood my whole being, bringing tears to my eyes. “I forgive you, brother,” I cried. “With all my heart!”’

‘For a long moment we grasped each other’s hands, the former guard and the prisoner. I’d never known God’s love so intensely as I did then,’ she wrote. [i]

And in today’s Gospel, Jesus gives new life to a desperately troubled woman. Jesus is in the temple when some Scribes and Pharisees drag her over, saying, ‘Teacher, this woman was caught in a terrible act of sin. The Law of Moses says she should be punished by stoning. What do you say?’

Now, these men aren’t interested in this woman; they only want to trap Jesus. But Jesus doesn’t answer. He simply looks at them, knowing what they’re up to. Then he says that the person who’s without sin should throw the first stone.

They must have felt ashamed, because one by one they leave, leaving Jesus alone with her. He forgives the woman and says, ‘Go, and from now on don’t sin anymore.’

She must truly have been overjoyed, because she, too, is given new life.

Today, so many people feel trapped by sadness, disappointment, guilt and fear. They feel stuck and can’t move forward.

Resurrection happens every day, as God works his mercy, forgiveness and healing in us in all sorts of different ways.

God is always doing new things: shining his light into dark places, giving us hope and new life. But we need to open our eyes and hearts to see.

God does amazing things when we open ourselves up to him.

As St Paul says, ‘No eye has seen, nor ear heard, nor the human heart conceived, what God has prepared for those who love him’ (1Cor.2:9).