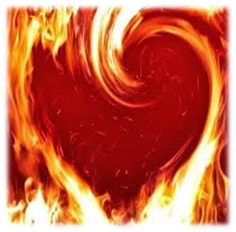 On the Miracle of Divine Mercy

If God loves us no matter what, then why should we bother being good?

It’s early in the morning and Jesus is teaching some people in the Temple in Jerusalem. Some Scribes and Pharisees then arrive with a very unhappy woman.

They say to Jesus, ‘teacher, this woman was caught in a terrible act of sin.  The Law of Moses says she should be punished by stoning.  What do you say?’

Now, these Scribes and Pharisees aren’t interested in this woman. They’re only trying to trap Jesus.  They want him to say the wrong thing so he’ll be punished.

At first Jesus doesn’t answer.  He simply looks at them in silence.  He knows what they’re up to.  Now, we should remember this, for Jesus knows us, too.  In Matthew 10:30, Jesus says that God knows us so well that he’s even counted all the hairs on our heads.

That’s a good thing, because it means that God knows about our goodness; he knows when we’re trying to be good. But it also means that when we’re doing the wrong thing, God knows that too.  God knows everything, so we should be careful for we’ll be held to account one day.

But in the Temple, Jesus won’t play their game.  He doesn’t say whether the woman should be punished or not.  Instead, he says that the person who’s without sin should throw the first stone.

This must have embarrassed the Scribes and Pharisees.  They hadn’t thought of that.  They didn’t realise that when you’re pointing your finger at someone else, you’re also pointing three fingers back at yourself.

So, one by one they all disappear, until Jesus is left alone with the woman.

St Augustine once said that at this point only two things remained: misery and mercy.  The misery of the woman and the mercy of Jesus.  But Jesus forgives her, and he says, ‘Go, and from now on don’t sin anymore.’

With that, the woman has a choice.  She can go back to her bad old ways of sinning and feeling miserable, or she can change the way she lives.

… when you’re pointing your finger at someone else, you’re also pointing three fingers back at yourself.

Jesus knows she’s done the wrong thing, but he wants her to start a new life.  He wants her to be happy.  This means she must turn away from sin.  Jesus doesn’t say ‘It’s OK.  God loves you anyway. It doesn’t matter what you do’.  Rather, he tells her not to sin again.  What’s wrong is wrong.

Albert Einstein once said that the definition of insanity is doing the same thing over and over again and expecting different results.  If you want a new life, if you want a better life, then you need to change the way you live.

The woman in this story represents you and me.  She reminds us that when we do something wrong it hurts someone, and that can lead to misery.

But the Scribes and Pharisees also represent you and me.  They remind us that when we point the finger and think we’re better than others, that’s also a sin.  That also leads to misery.

Many years ago, Jesus spoke directly to St Faustina Kowalska in Poland.  He reminded her of his merciful heart, and said that the miracle of Divine Mercy completely restores a damaged soul.

Jesus told St Faustina that when we go to Reconciliation, we should be aware that he himself is in the confessional.  Jesus is hidden by the priest, but he himself acts in the soul.  And it’s here that the misery of the soul meets the mercy of God.

Jesus said that if we trust him, we’ll be able to draw graces from his fount of mercy.  If our trust is great, there’s no limit to his generosity.

So, it’s true that God always loves us, no matter what.  But if we want to be happy, we must turn away from sin.

We should seek the miracle of Divine Mercy, by going to Reconciliation and starting again.

Let me leave you with this thought.  Among the Native Americans there’s the story of a father who said there were two wolves fighting inside him, one bad and one good.  His son asked him, which wolf wins?

The father said, whichever one he feeds the most.